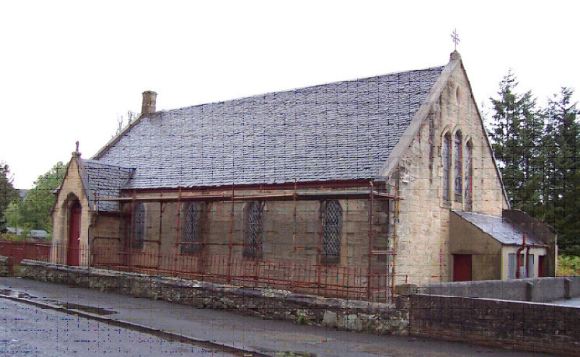 1872: The first service was held in a schoolroom at Binniehill.

1874:  Building erected in New Street.   Four foundation stones engraved ”23rd March, 1874″ lie at the corners of the building, each laid by a different person.   Behind one of stones a ‘time capsule’ was incorporated.   The church lies east/west with its south wall along the street containing a porch at its west end.  Cost c£800.

Missions were run to the surrounding mining villages.

1917:  Building sold to Church of Christ as most of the congregation had moved away from the Slamannan plateau as mining ceased.  It is now a private house.