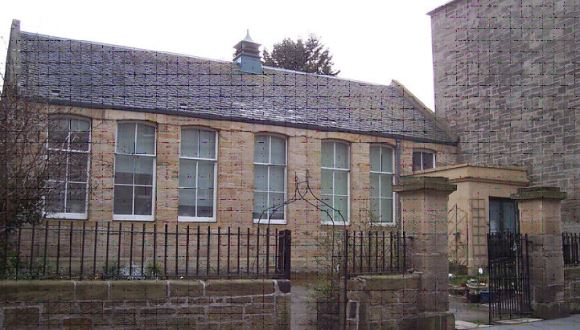 1916: Meetings in the Grange Institute as well as the Masonic hall in Stewart Ave.

1934: In November a new church building was opened in the converted infant school in South Street, Robert Miller, architect, Falkirk.  The church seated 250, main hall 60 and lesser hall 51.  It also had a vestry, kitchen, and toilets.  The baptismal font to the rear of the pulpit was electrically heated.  Total cost £1,600.

1985: Moved from South Street to new premises in Boundary Street.

The building had been built in the 1970s for the Brethren Church.  It has an open format that allows the building to be used for other purposes, such as a nursery or meeting place.