In 1346 Patrick de Calentyre (or Callendar), the last of that family to hold sway in the Falkirk area, failed to support King David II in the renewed war with England. As punishment his lands were taken from him and given to a loyal supporter, Sir William Livingston, from a family already possessing lands in West Lothian.   His first concern was to secure his new possessions for his family, and he did so by marrying Christiane de Calentyre daughter of the deposed Patrick!

From then on the Livingstons grew in power and influence.  Sir William’s son John fell fighting alongside King Robert III at Homildon Hill in 1402 and when King James I was murdered in 1436 it was Sir Alexander Livingston, the next Knight of Callendar who became Guardian of King James II, Justiciary of Scotland, and effective Regent during the King’s minority.  Sir Alexander’s son Sir James, was also the King’s Guardian and became the Great Chamberlain or Master of the Royal Household.  He was rewarded with a Lordship of Parliament by the King and the title first Lord Livingston of Callendar. 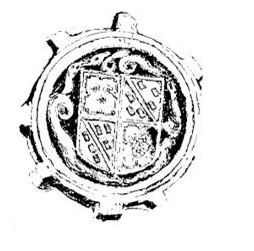 After James II’s death in 1460 he remained as magnus camerarius during the minority of the new King and served as ambassador to the English court. In his later years he was once involved in intrigue to secure greater control over the young James III and for a period the family’s influence at court declined, though they continued to enjoy complete power in the Barony of Callender which was confirmed in 1458.

It was with another Alexander, the fifth Lord that the Livingstons returned to the centre of the political stage, for he was close to the King James V and accompanied him to France in 1537 to celebrate his brief marriage to the Princess Magdalene.   When the King died in 1542 the care of his infant daughter, Mary, then a few months old, was entrusted to eight nobles, one of whom was Sir Alexander Livingston.  King Henry VIII of England, like his predecessors before him, feared the constant threat from his northern neighbour and hoped now to win the Scottish crown for his infant son Edward by arranging a marriage between him and the Queen of Scots.   The Earl of Arran, acting as Regent of Scotland favoured such an arrangement but a powerful group led by the Earl of Moray and Cardinal Beaton and including Lord Alexander Livingston were bitterly opposed.  On 4th September 1543 at Callendar House the parties were reconciled and joined in a rejection of Henry’s proposal.  From then on Livingston along with Lord Erskine was entrusted with the care of the young Queen lest she fall into the hands of the enemy.

Henry was far from happy with the outcome and his armies invaded Scotland seeking revenge for the insult given.   At Pinkie on 10 September 1547 thousands of Scots fell in battle, among them Lord Livingston’s son and heir John,  Master of Livingston who had led a party of vassals from Falkirk in his father’s name.   The threat to the Queen was increased and in August 1548 she sailed to France to begin a twelve year period away from her homeland. One of her companions was Mary Livingston, one of the famous ‘four Maries’ a position also held at a later stage by her sister Magdalen.  Lord Alexander accompanied his daughter and the young Queen to France and died there some five years later.  On his death the title Lord of Callendar passed to his son Lord William Livingston who remained in Scotland and was to play a significant part in bringing Mary Queen of Scots back to her Kingdom in 1561.

The new Lord  of Callendar was an enthusiastic supporter of the Protestant Reformation, but his new found religion did not diminish his devotion to the young Catholic Queen.  Indeed he was one of a group of nobles who journeyed to France in 1560 to invite Mary to return to Scotland.  Throughout this period of Mary’s personal rule the Livingstons of Callendar were among her closest personal friends and allies and  Callendar House was a regular port of call.  In 1565 she was present at the magnificently celebrated marriage of Mary Livingston to John, son of Lord Robert Sempill. A few months after the Livingston wedding, on 1st July 1565, the Queen was in Callendar House for the baptism of one of Lord Livingston’s children.

The Livingstons supported her throughout the turbulent events which followed the murder of her husband Darnley and were with her at Langside when defeat brought her to her long exile in England.  Both Lord William and his wife continued to fight for her cause in the years that followed and devoted much of their lives to trying to secure her return to the throne.

By end of the 16th Century, Livingston family support for the Stewarts brought the seventh Lord of Callendar, Alexander to prominence as part of the party of Mary’s son King James VI. Even before he succeeded his father he was a close confidante of the royal favourite Esme Stuart, Duke of Lennox and acted as a trusted messenger between the two when the catholic Duke was exiled at the behest of the Scottish parliament. On one occasion in the 1580s he marched with a troop of men from Falkirk and captured the town and castle of Stirling from the King’s enemies and in 1600 he was once again on hand with his men to help rescue King James during the notorious Gowrie conspiracy. A few years earlier, the young Princess Elizabeth, who in later life would marry Frederick, the Elector Palatine and thus give rise to the Hanovarian succession to the British throne, was given into the care of the Livingstons and spent much of her early years at Callendar House.  The Scottish churchmen were outraged at this for Lady Livingston was ‘an obstinat an profest Papist’, but the King had his way.  A second royal princess Margaret who died in infancy, was also placed with Lord Alexander in confirmation of King James’ determination to resist such pressure.

Two very important rewards flowed from this service and the years of loyal support which preceded it.  At the end of 1600 Lord Alexander was created first Earl of Linlithgow and, earlier the same year, the King raised Falkirk, or the Callendar part of it, to the status of a free burgh of barony.

Almost 50 years later a Livingston found himself in arms against a Stewart King for the first and only time. This was James, Lord Almond, who in 1633 had purchased the lands of Callendar from his elder brother Alexander, the eighth Lord Livingston.  A staunch presbyterian and a very experienced soldier, he signed the National Covenant in 1638, promising to defend the liberty of the Scottish church against the King’s encroachments.  He was second-in-command to General Alexander Leslie in  the Scottish army which marched into England later the same year. In the face of such resistance the King soon gave way and a peace agreement followed.  In the aftermath the King rewarded the leaders of the Scots including  Almond who was  created first Earl of Callander. However when the civil war in England broke out in 1643 James Livingston was once again among the commanders of the Scots army against the King. 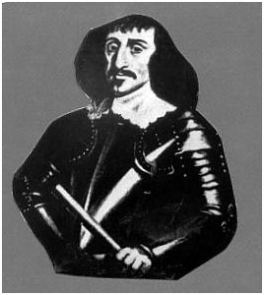 James Livingston, First Earl of Callendar and his Coat of Arms

With his Falkirk vassals he marched off once again to war, fighting on the side of the Parliament against the King at Marston Moor and at Carlisle. However, following the King’s defeat he changed sides and led his battle weary men to war again in a desperate attempt to save the King.  In the event it was a disaster as Cromwell’s new model army swept the Scots aside with ease.  Near Preston in August 1648 the Scots were crushed and James Livingston made his way in disguise to London and escaped to Holland.

The final defeat of Charles I by Cromwell at Worcester in September 1651 did not help James Livingston in his quest to regain his house and land.  He spent seven months in London in 1655 in an attempt to petition Cromwell directly to lift the sequestration on his Falkirk estates.  In the end he was successful and early the following year, at the age of sixty he was at last restored to the House and lands of Callendar after an exile of nearly eight years.  He was one of only fourteen noblemen who carried the coffin of the great Montrose to his place of honour in St Giles in May 1661.

The Jacobite Risings and the End of the Dynasty

In 1695 the two Earldoms of Callendar and Linlithgow were combined once again, in the person of yet another James Livingston, the fourth and last Earl of Callendar.   Like most of his ancestors he was a Stewart loyalist and cherished hopes of a return to the throne for the exiled family of King James.  He was involved at an early stage in the intrigue of the Earl of Mar to raise a Jacobite army and when the Royal standard was raised in 1715 he was appointed a brigadier in command of a regiment of horse.  He fought in the indecisive battle at Sherrifmuir with Falkirk men by his side, but the lack of a clear cut victory brought the Jacobite challenge to a swift end.   Tradition has it that James returned to his house after the battle, but that a detachment of Government troopers arrived in Falkirk soon after to seek him out.   Once again the loyal ‘bairns’ came to his rescue by delaying the soldiers at the mercat cross, with sticks and stones, thus allowing Earl James to escape to exile.  With him went the Livingston dynasty for soon after he was attainted, his lands forfeited and the Earldoms of Linlithgow and Callendar extinguished.

Although the Livingston power was gone, the presence of the family remained and still had one last dramatic part to play in the story of Callendar and Falkirk.

In 1721 Lady Ann Livingston daughter of the exiled James was allowed by the York Buildings Company to rent the house and lands formerly held by her family, on a twenty-nine year lease.  She had earlier married William Boyd, Earl of Kilmarnock and he now took up residence in Callendar House and more or less assumed the role of first citizen.  Though his loyalty seemed to lie initially with the Government and ruling Hanoverians, whom he and his family had supported in 1715, his wife was, like her Livingston forebears, sympathetic to the Jacobite cause.  Although not without reservations, and with some hesitation, both she and her husband eventually supported Charles Edward Stuart when he arrived in Scotland in 1745. Things began well enough.  The ‘young pretender’ passed the night in Callendar House in September of that year on his way to a triumph at Prestonpans and a rapturous reception in Edinburgh.  But the failed march south to Derby and the retreat back to Scotland signalled the beginning of the end of the Stewart cause.  As ever, Falkirk lay in the path of both Jacobite and Hanovarian armies as they moved northwards towards the stronghold of Stirling Castle. Success at the Battle of Falkirk Muir followed on 17th January 1746 but it was a short lived reprieve.  At Culloden in April came final defeat and with it the capture and execution of Lord Kilmarnock.  Lady Ann left Falkirk and the Livingston dynasty effectively came to an end in Falkirk.